Our kids have attended Waldorf Schools since they were kindergarten and because of my involvement at the schools I have been noticing a troubling shift in the parent body. As more [X] parents arrive at the school, replacing Boomer (born 1943-1960) parents, the demands placed on teachers are become more extreme.

I will write something specific to Waldorf schools soon, but for now I want to mention a trend I am seeing at several schools and ask whether this is something going on in other school systems. As Gen X’ers start to make up the majority of the parent body (which is happening in 7th or 8th grade and below right now) they are placing very individualistic demands on teachers. This seems to crop up most in 5th or 6th grade when kids are starting to assert their independence (perhaps this happens earlier in public schools?) and can start complaining to their parents about their school experience. This is when I have seen the Gen X parents getting aggravated with the teacher (and the school administration) if their child’s “needs” are not addressed to their satisfaction. Parents may recruit other parents to their cause and may apply pressure in many ways, ranging from talking in the parking lot to suing the school.

I have written before about Gen X parents, and the reasons for our challenging nature have to do with how we were raised. Generation X were the original “Latchkey kids“, raised during times when the focus was on adult issues (such as civil rights, womens rights, nuclear proliferation, etc…) and we bear the scars of having to fend for ourselves. Many Gen X’ers have promised themselves that this won’t happen to their kids and are over-protective of them as a result. We were also failed by institutions (which were crumbling during much of our youth) and have a deep mistrust of them as a result. That means we hold individuals accountable instead of organizations (which we figure will probably just screw up anyway). So we tend to blame individuals (teachers or administrators in this case) and we expect the institutions to fail in resolving issues.

The results of these actions is that teachers are under intense pressure to perform. In many cases teachers may be forced out of schools by a small band of Gen X parents. This trend has been so consistent in several schools I am associated with that I wondered if it was a larger trend. I want to hear from readers on their experience. Have you seen this sort of pressure placed on elementary school teachers recently? Have teachers in your school district been forced out?

If you are new to generational research, go to my “start here” page for a primer. 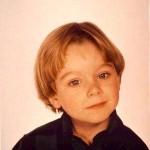 The actor that played him, Brian Bonsall, was born at the end of 1981, putting him right on the cusp of [X]. It appears after his acting career he has lived up to the expectations/stereotype of the generation. Here’s his most recent photo: 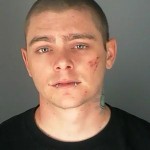 This is a mugshot from his recent arrest for assault. Looks like he is really living into the badboy image of Gen X.

Although I think it’s very cool that a gal from the Silent (born 1925-1942) Generation would have their own blog (and a good one, at that), I am amazed at the amount of vitriol that Helen of “Margaret and Helen” has for Sarah Palin. Don’t get me wrong, I am not a fan of Palin, but Helen’s diatribe on Palin is mostly about how she has “no substance” and low morals. Martha Stewart (also a Silent, but younger than Helen) said something similar. The question is whether the massive voting block of conservative [X] really cares about those sorts of things. I often wonder why people have such a hatred of Palin. I get that people don’t like her ideas (I certainly don’t care for them). I get that some are offended by her approach. But could it be because she is an independent-minded woman who doesn’t seem to give a damned what anyone else thinks?